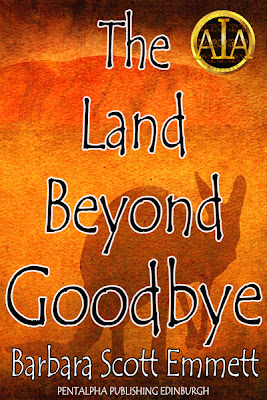 And it's been getting some super reviews:
Book Junkies Review
Tahlia Newland's Review

This book has now been approved by AWESOME INDIES and was Reviewer's Favourite in August 2013. 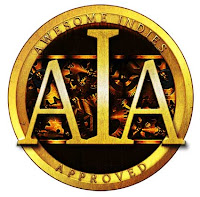 THE LAND BEYOND GOODBYE is also available at Smashwords.com and other online retailers.

Some books you know are going to be gold seal worthy from very early on, and this was the best metaphysical fiction I've ever read. The standard of the prose was excellent, (something for me as a writer to aspire to,) but more than that, the words had insight; they took you somewhere special - outback Australia. True, the physical setting is special, but not only does The Land Beyond Goodbye take you to the weather beaten back blocks of the Northern Territory, it also takes you into the land's soul, ushered in by the aboriginal magic woman, Rose. One of my favourite lines from Rose is ...

The Land Beyond Goodbye is about an English girl (pommie in Aussie lingo) who, as a young woman, spent some time working in an outback pub. Eighteen years have passed since she left and returned to London, but the death of an old friend has called her back. Darcy has left his place to her and she has no idea why? Or does she?

or on Tahlia's own page.

The wild and often cruel landscape of the Australian outback is expertly captured in The land Beyond Goodbye. From the beginning of the story it is obvious that the author has an affinity with this untamed landscape and uses this knowledge to bring together a skilful and at times spiritually moving story of one woman's gradual awakening into what is significant and meaningful in her life.

A moment later Joey yanked the screen door open. ‘Sorry I’m late, have I missed much?’ He took off his Akubra hat and wiped his brow. ‘Jeez, I could murder a cuppa, Shel.’
Sherry pushed herself to her feet.
‘You’ve only missed the reading of the Will,’ said Rossi, with a note of satisfaction in his voice. ‘But you knew what was in it anyway. As per our chinwag on the blower.’
‘Where’ve ya been, bub?’ Sherry flicked the jug on again.
‘Ah, one o’ the blokes had a prang in one o’ the trucks. Silly galah.’ Joey sat down in the fourth and last chair and eyed Jess. ‘What you expected, then?’
Jess twisted her lips. ‘I suppose so.’
‘Oh, she was after more,’ Rossi chipped in. ‘She was wonderin’ if that was all.’
‘I meant had you finished reading—’
The lawyer laughed. ‘There you go again, getting them in a twist.’ He reached across and grabbed Jess’s hand. ‘Only joking.’
Jess snatched her hand away and saw Rossi wink at Joey.
‘Take no notice, Jessie,’ Joey said, getting out his tobacco tin. ‘He’s like this with all women.’
Jess studied her hands, her face tight. ‘Joey,’ she began after a moment. ‘Joey... and you too Sherry...’ She glanced up at Sherry, who put a mug of tea down in front of Joey and remained standing behind his chair. ‘There are things we need to talk about.’ Jess gave them both a look of appeal. ‘What are your thoughts on everything? How does all this affect you? Joey boy? You’ll still manage the place for me, won‘t you?’
‘Well...’ Joey hesitated, a cigarette paper between his fingers.
Sherry gripped his shoulders from behind. ‘Don’t forgit what we talked about, Joe.’
Joey gave Jess a rueful look.
‘Joe.’ Sherry gave his shoulders a little rub.
‘What is it?’ said Jess. ‘What’s the problem?’
‘Oh it’s just an idea we had. I had. Well, we had.’ Joey put his roll-up down and took a slurp of tea.
‘What?’
‘Just some talk of a job in Queensland. May not come to anythin’.’
‘You don’t want to stay on here?’ Jess felt a sudden surge of panic. She wanted to reach out to Joey, grasp his arm, beg him to stay, plead with him, though her face was impassive. She took a deep breath. She was being silly. Still tired obviously.
‘Can’t imagine why anybody’d want to stay out here, any-bloody-way,’ said Ben Rossi. ‘More excitement at a Sunday school picnic with your maiden bloody aunt.’
‘It’s not that we don’t wanta stay,’ Joey went on. ‘It’s just that, well, we weren’t sure what you’d want.’ He gave Jess an apologetic smile, then glanced up at Sherry, who scowled.
‘But I want you to stay. Of course I do.’
‘Joe.’ Sherry still stood behind her husband’s chair.
‘Look Jessie,’ he said, lighting up his cigarette. ‘We’ll er... we’ll have to discuss it. Can you give us a day or two?’
‘Of course. Take as long as you like. I don’t want to put any pressure on you, Joey. But I’d love you to stay. Of course I would.’
‘We’ll talk it over,’ said Sherry, folding her arms.
‘I really don’t want to influence you.’ Jess tried to inject a note nonchalance into her voice but failed. ‘But it would be so much easier if... oh I’m sorry. I’ve no right to pressure you.’
‘Now, now, don’t lose your grip.’ Rossi’s dark eyes were mocking. ‘There’s plenty other bloody managers. If Joey here wants to move to Bananaland, let him. We’ll advertise the job. We’ll get you sorted, don’t fret. Bound to be some fool half-bloody-witted enough to come out here.’
Jess stood up. ‘You mentioned probate,’ she said to the lawyer. ‘Something about a delay as far as the other stuff was concerned. What did you mean? What other stuff?’
A slow smile spread across Rossi’s face. For a moment he said nothing, then, spreading his hands for emphasis, he mouthed one word: ‘Money.’

The Land Beyond Goodbye by Barbara Scott Emmett

Inheritance, betrayal, love, sex, aboriginal magic and a sleazy lawyer.
What more could you want?
http://www.amazon.co.uk/dp/B0057X66OE