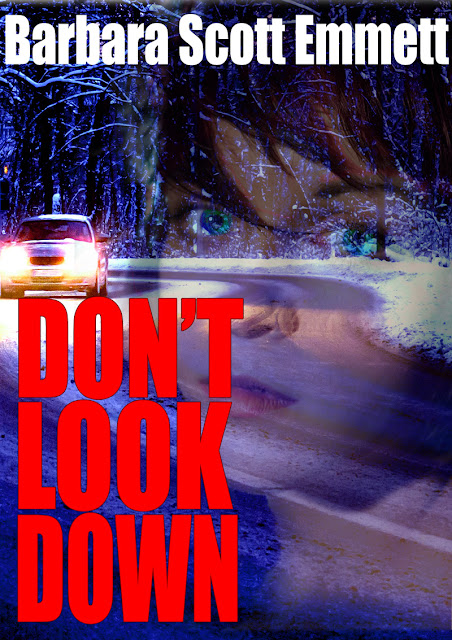 Set in a wintry Germany, DON'T LOOK DOWN is a fast-paced thriller that grabs you by the throat and doesn't let go until the icy denouement in a cave high in a hillside.

When Lauren Keane is kidnapped during a winter break in Germany, she doesn't take it personally. The kidnappers have, after all, mistaken her for her friend Katti. When she finds a dead Albanian cleaning woman in her shower, however, she figures it's time to fight back. Especially as she is now in the frame for the murder.

Along with Wolf, her ex, who's now engaged to the frigid Ingrid, and Gunther, an undercover-or-is-he?-policeman, Lauren sets about trying to find the vanished Katti, nail a bunch of sex-traffickers and discover why the cleaner was brutally murdered.

After fighting off dim-witted goons and a psychopathic gunman, getting lost in a forest in a snowstorm, and enlisting the help of the hypnotic Axel, Lauren pursues the kidnappers to a cave on a stolen Pizza delivery bike.

In the cave high in a hillside she discovers another body, comes face to face with the killer, and receives assistance from a giant icicle.

Not that she delights in putting herself in danger but, if she's ever going to get the chance to buy her
presents at the Nuremberg Christmas market, she's going to have to get the mess sorted out somehow.


BUY DON'T LOOK DOWN AT AMAZON.COM

BUY DON'T LOOK DOWN AT AMAZON.CO.UK

Also available at Amazon.de and other European outlets.