What if? Inspiration for Rimbaud novel Part 4

INSPIRATION FOR
Delirium: The Rimbaud Delusion


As well as telling the story of Andrea’s involvement with Rimboy and Albert (see earlier blogs), Delirium: The Rimbaud Delusion also tells the story of the lost manuscript itself.

My inspiration for this was again a What if? 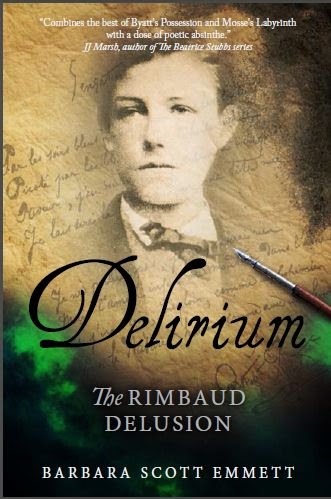 What if the manuscript of La Chasse Spirituelle had lain forgotten somewhere—in Madame Verlaine’s lawyer’s office for instance?

What if it had been accidentally or incidentally saved from destruction?

What if it been hidden away again and then rediscovered?


I wanted to imagine a history for the manuscript and to show how it could have been handed down through the years.

I also wanted to tell the story of each person who had possession of it and how it affected them.

This idea inspired the consecutive stories of :

Each of these strands is written in a different style, in voices which I hope are true to the characters and the type of stories they are telling.

Following the What if trail is often a good way to get inspiration for a novel.

It worked for me.

Delirium: The Rimbaud Delusion will be published in autumn 2014 in association with Triskele Books.

Posted by Barbara Scott Emmett at 08:50