Escaping from the box by Kathleen Jones

Today's guest blogger is Kathleen Jones, author of The Centauress, A Glorious Fame and A Passionate Sisterhood. Hers is the third in this series of blogs by writers with books in Outside the Box: Women Writing Women. Here Kathleen writes about the freedom of indie writers to step outside the box of traditional publishing genres.

Escaping from the box
by Kathleen Jones


I had a very unusual childhood. Brought up on a small hill farm in the English Lake District, I drove tractors, milked cows and carried around a Spotters Guide to motor cars (probably nicked from my young brother). There was a blue German sports car that I lusted after. I wasn’t conscious of being any kind of rebel.

When I won a prize for English at school we were all asked to choose a book. There were two piles on the staff-room table; one for girls and one for boys. The girls’ prizes all had titles like Sue Barton: Student Nurse, Anne: Air Hostess – there was even one about a girl who dreamt of becoming a secretary! I kicked up a fuss and asked if I could choose from the boys’ pile and eventually they relented. I chose a murder mystery set on an oil tanker in the Middle East. I knew nothing of feminism, but it was already obvious that I wasn’t going to conform to anyone’s idea of what I should be. So, when I began to write books, it was a safe bet that I wasn’t going to do what was expected of me there either.

My first book was a biography of one of the pioneer women writers, living at a time when it was considered positively immoral for a woman to publish anything. In fact, in the 17th century, even getting an education was believed to injure a woman’s reproductive organs and addle her brain. The marvellous, scandalous Margaret Cavendish was only the beginning of my fascination with women who lived ‘outside the box’. The biography was picked up by Bloomsbury and it was the beginning of my life as a ‘proper author’.

I wrote about Christina Rossetti defying Victorian conventions, and then about Catherine Cookson – an illegitimate girl who was born into one of the poorest communities in the western world, left school at thirteen and went on to become one of the best-selling (and richest) authors of the twentieth century. One of my books was published by Virago – an account of the women who lived with the stars of the Romantic movement, Wordsworth, Coleridge and Southey – women who wrote journals and letters and the occasional poem, living in a society that considered it off-limits for women to write anything more.


But I found myself, unexpectedly, in a box. Publishers wanted me to continue to write about women, not men. I was a woman’s author, they told me. My readers expected a certain type of book. Novels? You want to write novels? Absolutely not! You’re a biographer. One publication even categorised me as a ‘women’s literary historian’. It was a strait-jacket I had written myself into and longed to get out of.


Never despise money. It buys freedom. One of my books became a best-seller, serialised in the Mail on Sunday, and suddenly I had enough money to be independent of that terrible killer – the publisher’s advance. I could take a year or two out and write just what I wanted to write. So I wrote the novels I’d been dreaming of and scribbling bits of in my spare moments. The only problem was that my agent didn’t like them. They didn’t fit any genre and the heroines weren’t conventional. One of the plots even had a lesbian in it. Shock! Horror! Would I consider taking that character out? Stupidly I re-wrote it, but my agent still wasn’t happy.


Neither was I. But fortunately, at that moment, along came the E-book and the self-publishing revolution. Instead of a dialogue with agents and publishers (and marketing managers) I could have internet conversations directly with my readers. I joined a beta-reading site and my novel shot up into the top 5 books, competing with crime, fantasy and romantic fiction. It had ecstatic reviews. I had one last conversation with my agent and hit the self-publishing button. The novel went on to win a Kindle award for historical fiction and I carried on writing.

My next novel was even more controversial, since it dealt with a character who had been born ‘between sexes’ in the nineteen twenties. The Centauress, the novel which is included in the box-set, was inspired by a wonderful woman I met in Italy about fifteen years ago, who was very frank about her dual gender, but who had obviously suffered intensely throughout her life because of it. The other protagonist, Alessandra, is a biographer like me – paid to poke and pry into other people’s lives, fascinated by the detective aspects of research, but uncomfortable with the elements of voyeurism.


I’m fascinated by the interplay between biography and fiction because there is no real boundary between them. A novel is a fictional biography and a biography is a ‘found’ novel – you’re given the characters, the plot and some of the dialogue and you have to bring the hero/ine alive for the reader. Every novel and every short story I write is influenced by my career as a biographer, researching and analysing people’s characters and finding ways to bring them to life.

Since I became an ‘Indie’ author my own life has changed dramatically. Instead of the cut-throat, competitive world of commercial publishing I’ve become a member of a supportive, friendly tribe. We connect with each other on social media and in groups such as ALLI, sharing advice and information. 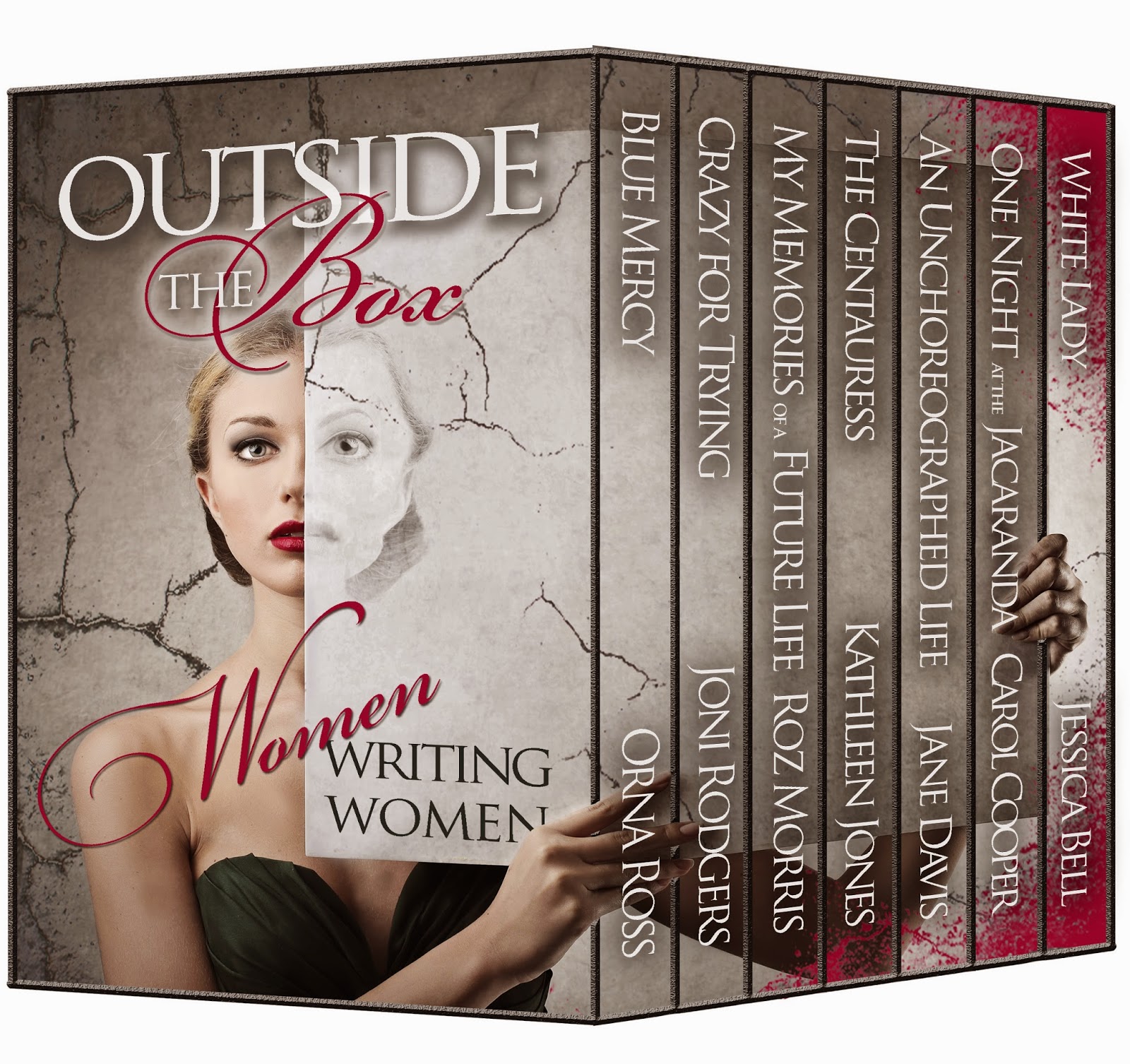 We’re all rebels, free to write the books we want to write without being constrained by the false categories of genre.

So, I was absolutely delighted when I was approached by other authors whose work I had always admired to be part of a 7-book ‘box-set’, show-casing women writers, writing about extraordinary, genre-busting heroines. We aim to give traditional publishing a run for its money and our readers a mind-blowing read!

A movement that has freed and empowered authors is doing the same for readers. They are free to choose what they read in a vast online emporium of books that isn’t stocked by marketing managers and where best-sellers can’t be ‘engineered’ by publicists.

Let’s hear it for the revolution!


Thanks, Kathleen. I'm happy to be an indie author too and to rub shoulders with such distinguished company.

Pre-order OUTSIDE THE BOX: Women Writing Women
from Amazon UK and Amazon USA.

Do visit the WOMEN WRITE WOMEN website where there is a form to full in to win a digital goody bag!

You can also watch the trailer video.

Posted by Barbara Scott Emmett at 09:00

Thanks for posting this Barbara!

You are most welcome!